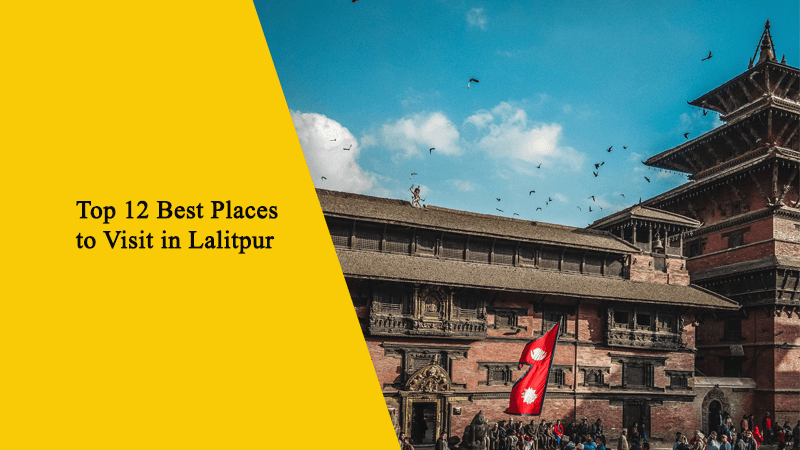 Do you want to know the best places to visit in Lalitpur?

Lalitpur is one of the popular tourist destinations of Nepal. It covers an area of 385 km and has a population (2001) of 337, 785. It has countless historic temples, monuments, and gardens. If you love art and historical temples then it is the best place for you.

In this article, we will share top 12 best places to visit in Lalitpur.

The list of top 12 best places that you can visit in Lalitpur:-

The square floor was a tile with red bricks. There are many temples and idols in the area. The temples of Durbar square were establishing during the Malla Period (14th to 18th centuries) particularly during the reign of King Siddhinarsingh Malla. It offers a lot of historical knowledge and interesting facts.

Patan Museum is one of the famous places to visit in Lalitpur. It is one of the popular museums, contains a collection of works of arts from the ancient period. It also has a golden door. People used to call it the Palace of King Siddhi Narsingh Malla in the 17th century.

It has many stone and metal artifacts along with paintings and inscriptions dating back to the Lichhavi period. This place is famous for Nepal’s Hindu and Buddhist pictures, arts, and crafts so that we can experience the cultural history and past fine arts and former king’s belongings.

The Golden Temple is one of the best places to visit Lalitpur. This place lies at the Kwabahal Tole and the Northern part of Durbar Square. King Bhaskerdev had built it in the 12th century. People also know this temple as the second famous place of Patan after the Durbar square. The temple was writing on the glided metal plates that cover most of its frontage.

Two stone elephants guard this temple’s entrance. The temple is an impressive example of a courtyard temple. The main temple priest is a 12 years old young boy, who serves 30 days. Inside the temple there is a beautiful statue of Shakyamuni Buddha, Facing the main temple is a smaller shrine containing a Swayambhunath Chaitya. Visiting the Golden temple is one of the best places in Lalitpur.

The temple is the most visited place of Lalitpur. It lies at the Patan Durbar Square, dedicated to Lord Krishna. The temple built in 1637 in the Sikhara style of architecture, established by King Siddhi Narasingha Malla.

This temple made lots of stone carvings of gods and goddess lining the corridors. The temple has 21 summits, and enshrined inside is the idol of Lord Krishna. Krishna is one of ten Avatars of Lord Vishnu, and there are ten different Avatars of Lord Vishnu surrounding these temples. It is a belief that worshiping this temple is equivalent to worshiping the entire Hindu Gods and Goddesses.

We can see the statue of Garuda, kneeling with folded arms atop a pillar facing the temple. Non-Hindus are prohibiting from entering the temple. Every year, a huge number of worshipers throng the temple during the festival of Krishnasthami. So, this is one of the best places to visit in Lalitpur.

Khumbeswor Temple is one of the oldest temples of Lalitpur. It lies in the northern part of Patan Durbar square. King Jayasthiti Malla built it in the 14th century. It is one of the five-storied temples. This temple dedicates to Hindu Lord Shiva as specified by the large statue Nandi, or bull, facing the temple.

The temple includes many structures such as Bagalamukhi, Ulmanta Bhairava, and two Hiti ponds. The local people believe that the water spring that fills the lake originates way from Gosaikunda.  During Janai, Purnima people come and take a dip in the pond.  The bull Nandi is kneeling in front of the temple.

Mahabodhi temple is one of the best places in Lalitpur. It situates in the southern part of Durbar Square. Pundit Abhaya Raj Shakya, a follower of Buddhism had built it in 1508 AD. It is one of the central attractions of the Patan. This is the first Buddhist temple in Nepal.

This temple is in Shikhar Style which refers to the ‘Temple of a thousand and eight Buddhas’. Tibetan people call this temple Syangtungu. Buddhist people regardes this temple as a significant religious site. People had to repaire this temple due to the earthquake of 1934 AD. There is a small shrine which dedicateds to Mayadevi.

The Rudra Varna Mahavihar is located at Okubahhal to the south of Mahabuddha temple. Lichhavi King Shiva Deva had built this Buddhist monastery in 6th century AD. In this temple, we can see the images and statues of metal stone and wood.

There is 15 gold Plated Chaityas in the rooftop of this temple. At the gate of the temple, there are two stone-carved lions. We can see an amazing collection of images and idols in metal. The ancient time’s kings had crowned in this monastery.

This is a famous place to visit the Lalitpur district, Nepal. The great emperor Asoka built the five historical Stupas when he visited the Kathmandu Valley 2500 years ago. The Stupas situate at Yampu Thur on the way to Sankhamul; Lagankhel; Gwarko Teta, Pulchok, and Pimbaha.

The three Stupas in Lagankhel, Gwarko Teta, and Pulchok one is of the mud, and another two stupas are of cement. In these three stupas, merely mounds of earth with prayer wheels around them while the fourth near Sankhamul is a concrete stupa. In this period Buddhism developed in the Kathmandu Valley.

Rato Machhindranath Temple is one of the historical temples of Lalitpur. It lies in Tabahal of Lalitpur. This temple is a three-storied pagoda style with metal roofing. In this temple, we can see the main entrance ten stone columns of different gods goddesses, and animals.

The people believe that the deity is carved out of redwood and kept in this temple for six months and is moved to Bungamati for the rest of the year. People regard The Rato Machhindranath as the god of prosperity, rain, and harvest. The two-month-long chariot festival Rato Machhindranath starts from the temple.

The central Zoo is one of the best places to visit in Lalitpur. It is located as the Jawalakhel, Lalitpur. The area of the zoo is six hectares, it is home to some 870 animals in 109 species. There are 34 are mammals, 51 are birds, 9 are reptiles and 14 are fishes. We can observe rare species of animals like the One-horned Rhino, Bengal Tiger, Himalayan Blue Sheep, Himalayan griffon, Kalij Pheasant, striped hyena, etc. The National Trust manages it for Nature Conservation (NTNC). It opened to the public in 1956.

There is also a beautiful park which is the pride of the state and the National Trust for Nature Conservation. Nature Conservation is planning to develop the central Zoo as a Centre for wildlife research and conservation education. We can familiarize ourselves with deer, wild buffalo, bear, jackal, and many animals. We can also enjoy boating in the pond as well, visiting this place is the most memorable in our life.

Godavari Botanical Garden is the most visited place in Lalitpur Nepal. It situates in the base of Mount Phulchoki at the south corner of Kathmandu Valley. Beautiful natural forests surround it.

The garden has 290 species of birds and 250 species of butterflies. This is a wide botanical garden that has sub-categorized gardens such as orchid garden, tropical house, wetland flora, rock garden.

Tourists call it a peaceful and heavenly place. Students come here to enjoy its beauty and get knowledge of different species of flora and fauna. We can enjoy and spend our holiday with our family and friends, it is famous for the picnic spot too.

This is one of the best places to visit in Lalitpur Nepal. It is located near Patan Durbar Square. Newari people call it ‘Tusa Hiti’. It is famous for surprising works for woodcarvings and handicrafts. In the middle of the place, there is a waterspout and around it is majestic idols of different gods and goddesses.

On top of the tap, there is a replica of the Krishna Mandir which we believe that people had built it as a scale model for the construction of the actual temple near the stone tap is a huge stone bed. It is22 said that King Siddhi Narsingh Malla used to sleep naked while observing penance on this stone bed.

We hope this article helped you find the best places to visit in Lalitpur. 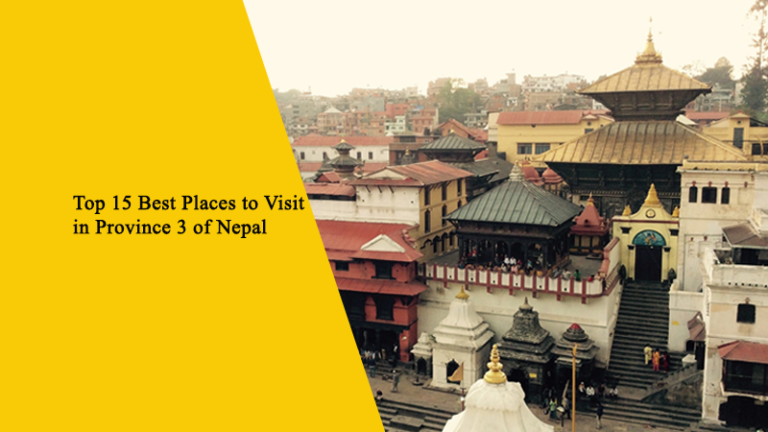 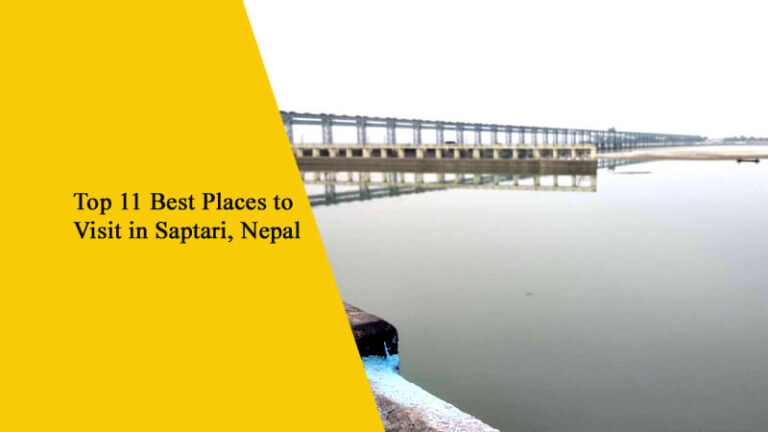 Are you planning to visit Saptari?? Or Want to know the best places to visit in Saptari? Saptari is a district in Nepal located in… 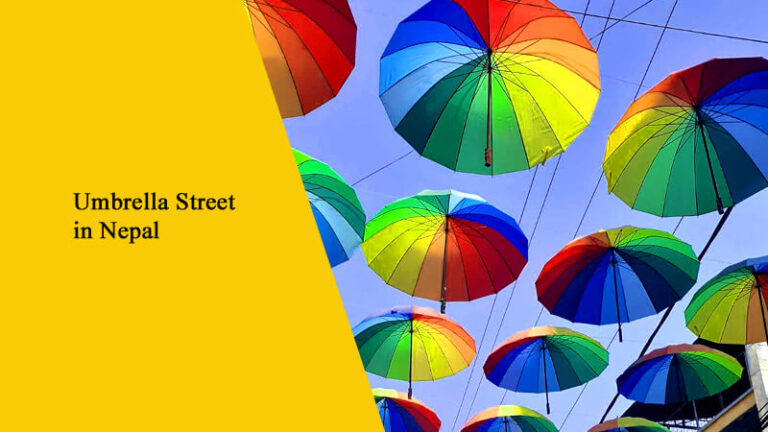 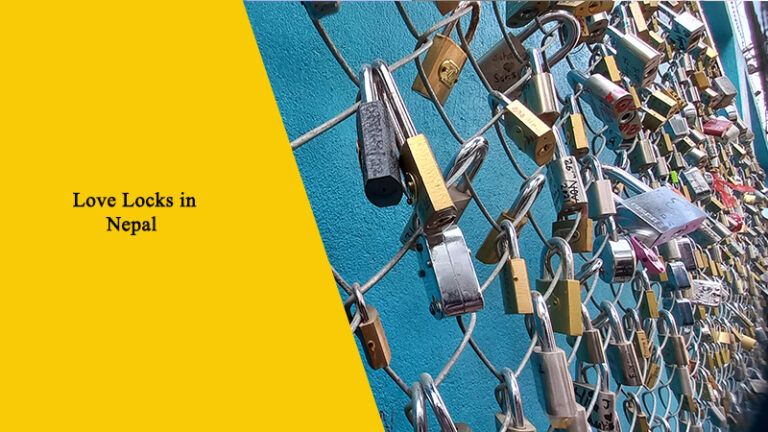 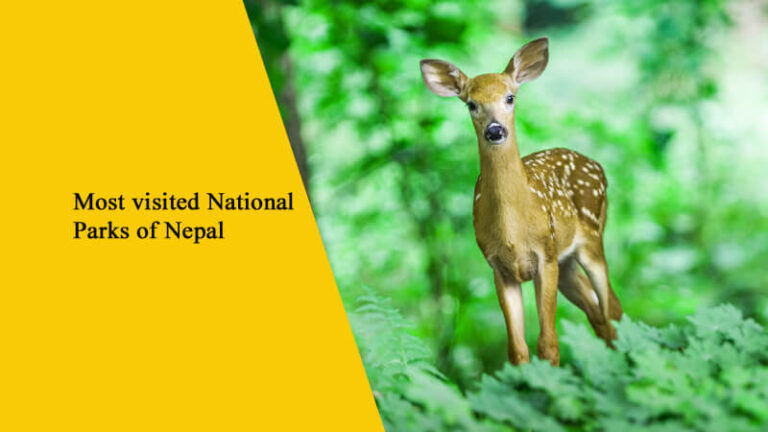 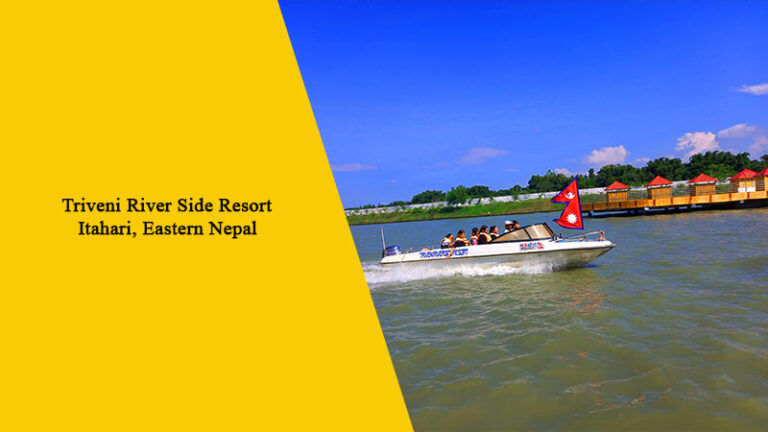